As I’ve said countless times, I was missing in action for 2 whole months++ because I was busy taking care of my newborn.  During that period, even if I was longing to write and share my days, I couldn’t as I don’t have the time to turn on a computer and sit.  The breaks I had, I spent on sleeping.  Promise!

So now that I’m back (well, not exactly in fighting form pa), let me share with you the joys and challenges of my darling bub’s 1st months.

We went home together 2 days after giving birth.  My worry that he won’t sleep well the first night he’s home was baseless.  He slept well and I even had to wake him up every 3 hours for feeding.  The following nights were a bit difficult as he cried himself to sleep because my milk production’s still unstable.  I really thought that it’s going to be a repeat of my Lian experience wherein I had to resort to mixed feeding early on.  Thank God I was able to exclusively breastfeed Kobe for 2 months!  I just did mixed to prepare him when I go back to the office.

I feel that this time was a lot easier than my first and would have been loads and loads easy if I had a yaya to alternate with me in the morning.  I take care of Kobe at night so I really had sleepless nights (until now sometimes).  He’s sooo matakaw! Hehehe…that I had to feed on demand which was usually every 2 hours. I was hoping I could train him but I failed in this area.  I should have insisted and persisted for a stricter feeding and sleeping schedule.  Maybe Lian’s schedule (school then vacay) also contributed kaya hindi ko na-train ng husto si Kobe.  His routine when he was about to turn 2 months was altered. Oh well…I’m just glad that now he can sleep longer at night so di na ganun kahirap.

Some books call the first 3 months of the baby’s life outside the womb as the 4th trimester. Maybe rightfully so because the baby at this stage can’t still let go of his/ her womb experiences and is still getting used to the world outside.  A world that is totally different from his/ her home for 9 months (or in my case, 8).

I’m just thankful that Kobe was an easy baby to take care of.  He doesn’t fuss much, except when he’s hungry and has poop in his diaper.  If only he will sleep through the night already, he’ll be perfect! 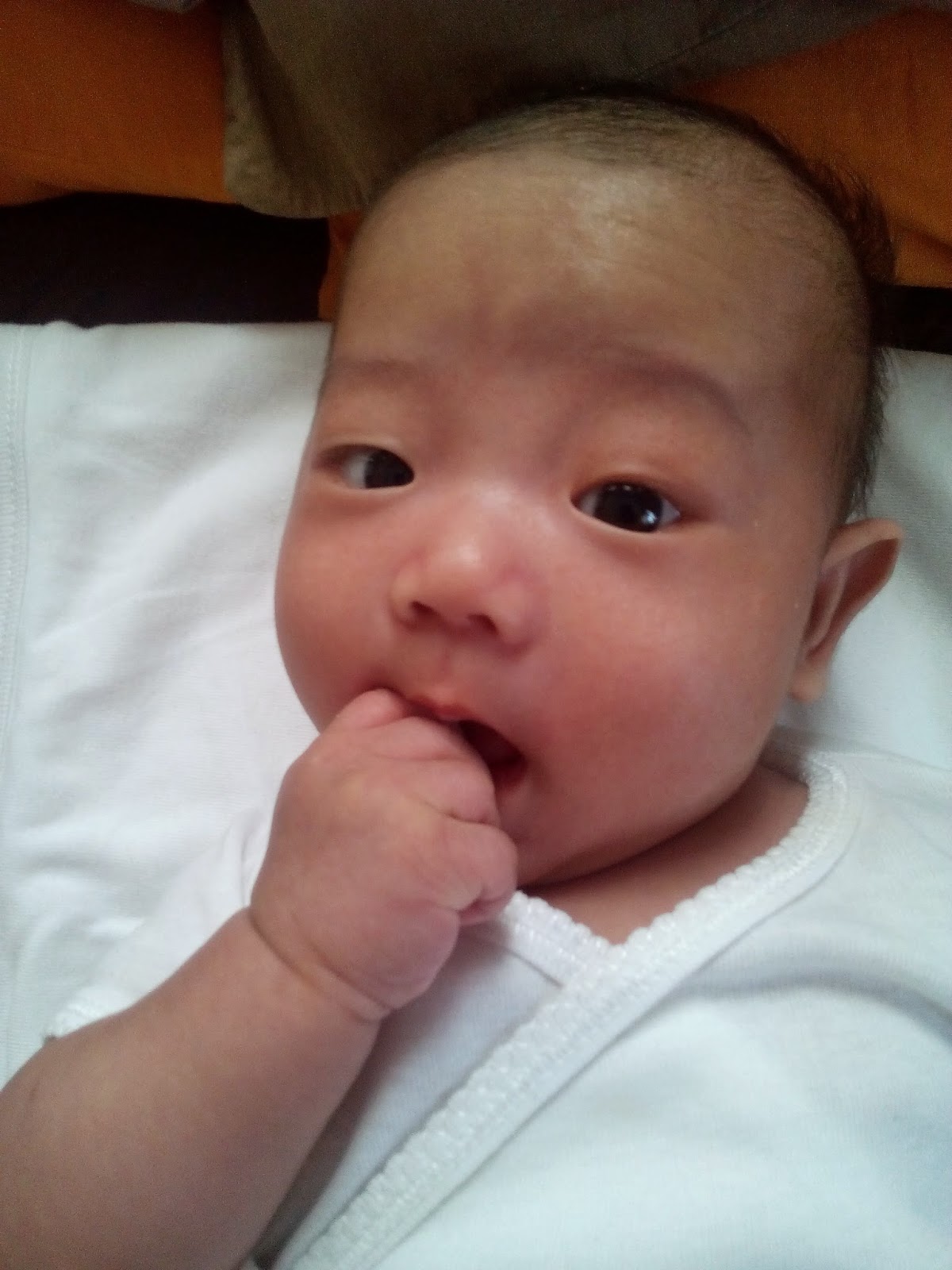