This was what kept me post-less the past days last week. I was in the US for a business trip.  Together with a colleague, we attended a conference in Utah…and it was fun!

The conference was held in Park City – where the 2002 Winter Olympics was held and where the Sundance Film Festival is held every year.  A picturesque mountain place (I think the whole of Utah naman is mountain hehe) so I kind of expected it will be cold.  It will be more surprising nga if it wasn’t.  In fact, my Auntie Phe told me nga that in one of the weather reports in the US, it was mentioned that it snowed in Utah and Colorado while I was there.  Oh well, I didn’t see snow baka it snowed during night time while I was sleeping.

It was a jampacked 3-day event as we attended the sessions during the day and have activities in the evenings.  We actually missed the welcome dinner as both Liezel (that’s my officemate) and I slept off the first night (Imagine being up for almost 24 hours by then).  But we didn’t miss the succeeding nights’ socials.

Our dinner on the 1st day of the conference was held in Red Pine Lodge.  It sits on top of a mountain accessible only by cable car.

The 2nd night’s activity was what got me really excited as it was a tour of the Olympic Park with a show of the Flying Aces – a group composed of Olympians. 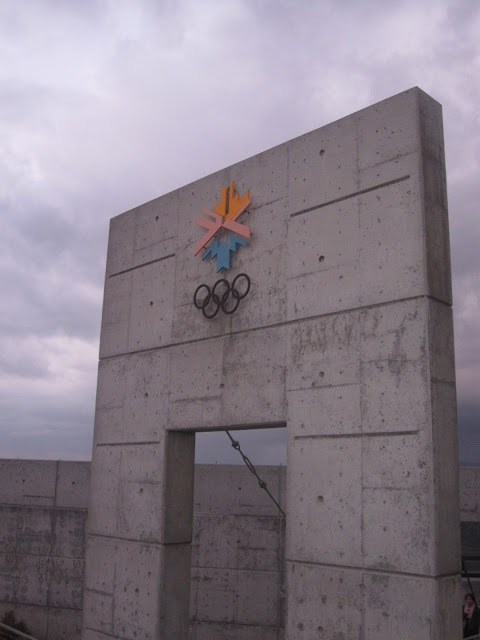 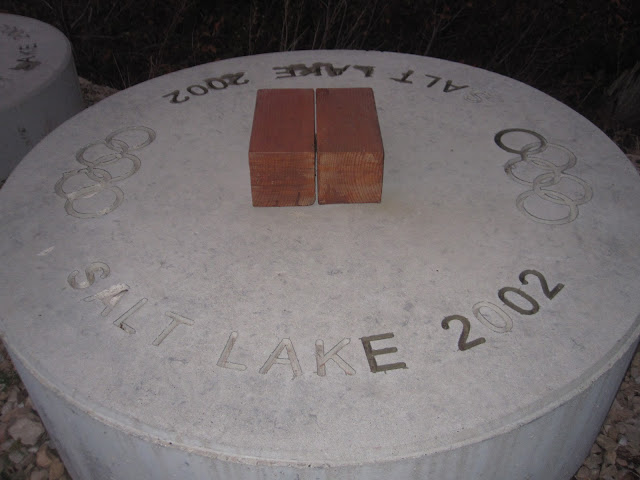 We were supposed to try the zipline but since it was already dark, they had to close it.  We then just went down using the chair lifts.  Sad  🙁

Then we enjoyed a sumptuous dinner at the main area before we went to the pool to watch the Flying Aces.

I’m still trying to figure out how to upload a video so please bear with me.  Maybe I can share the video of their performance some other time.

Anyway, our last full day saw us attending more sessions in the morning then hitting the outlets in the afternoon.  It was quite exciting to ride their FREE public transport.

All in all, it was a full brief trip made enjoyable by the people from the conference, who came from all over the world, and from Park City residents as well.  They were all welcoming and accommodating.  Park City is indeed a nice place not only for a visit but to settle in too as there’s a sense of community.  This is made evident by how kind and honest people are.

Of course, it’s memorable for me because it was my first trip to the US but what made it more so was because I experienced a US different from what I see on TV – peaceful, no violence, hospitable, laidback.  In fact, it reminds me of Salzburg, Austria.  They send off the same kind of vibes to me.

I hope I can go back next year…but maybe in a dynamic city naman like New York? 🙂