We have a new baby…and it’s not mine!  We welcomed the newest addition to the bunch last Saturday. Presenting…Jessie, the lhasa apso puppy! 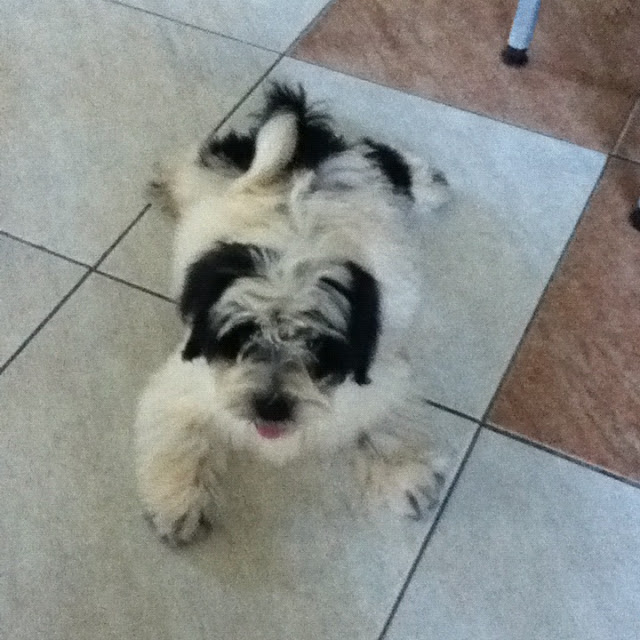 What’s a lhasa apso?
The Lhasa Apso (/ˈlɑːsə ˈæpsoʊ/lah-sə ap-soh) is a non-sporting dog breed originating in Tibet.[1] It was bred as an interior sentinel in the Buddhist monasteries, who alerted the monks to any intruders who entered. Lhasa is the capital city of Tibet and apso is a word in the Tibetan language meaning “bearded,” so Lhasa Apso (ཁྱི་ཨབ་སོག་; Wylie: kyi ab sog; Lhasa dialect IPA: [cí ʔápsoʔ]) simply means “long-haired Lhasa dog,” although there are also some who claim that the word “apso” is a corruption of the Tibetan word “rapso,” meaning “goat-like”[2], which would make the equivalent translation “wooly Lhasa dog.”


Having been bred as an indoor monastery sentinel dog by Tibetan Buddhist monks, Lhasa Apsos are alert with a keen sense of hearing and a rich, sonorous bark that belies their size. The ideal Lhasa temperament is to be wary of strangers while being loyal to those closest to them. They can be very aggressive to strangers if left untrained.


The Lhasa Apso is a long-lived breed, with many living in good health into their early 20s. The average age for these dogs is 12–14. There are few health problems specific to the breed. Their vision may deteriorate with age but they are not sight-oriented dogs and they endure blindness with few noticeable changes in behavior.
Source: Wikipedia, the free Encyclopedia 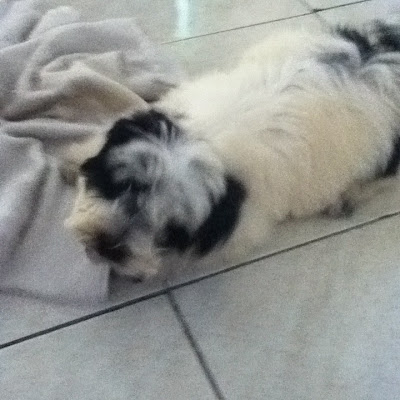 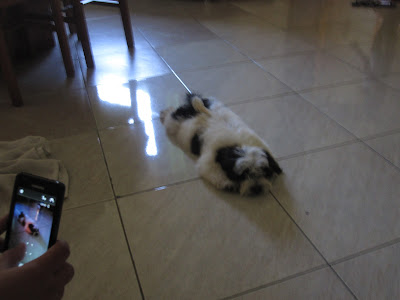 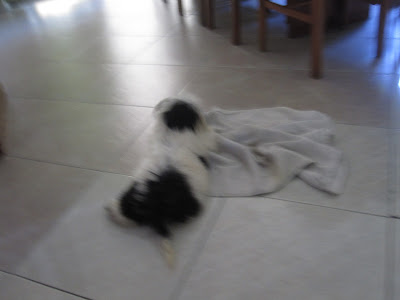 Hope Lian and Jessie get along fine 🙂