By this time, Gilas Pilipinas has a 0-3 record.

They started their journey last Saturday, 30 August, PH time with a game against Croatia (#16 FIBA).  They put up a really good fight, which led to an overtime.  Imagine that!  Actually they had a chance to win that one in regulation but Jason Castro held the ball too long (in my opinion) before passing it to Jeff Chan for a shot. Sayang!  But it was then that the world knew that the Philippines had arrived.

The next game’s against Greece (#5 FIBA) in an early morning live telecast I pushed myself to watch (good thing it coincided with the lil boy’s feeding time).  That one’s a bummer as well because we lost by 12 points. It’s just too hard to go against taller opponents who had been playing on the world stage for a long time.

Then just late last night, the most heartbreaking loss – against Argentina (#3 FIBA).  Just caught snatches of the game as I’m not feeling well the whole day but I saw that we almost made it.  Gabe Norwood’s the bomb, dunking in front of Luis Scola.  It hurts soo bad because we came really close and we knew we had a chance.

Gilas still has 2 more games to play in the eliminations – vs. Puerto Rico and Senegal.  Crossing my fingers that we win both so that we can advance in the next round.  I don’t want to wish ill on anyone but it will help our cause if Senegal and Puerto Rico will both lose on their next games. 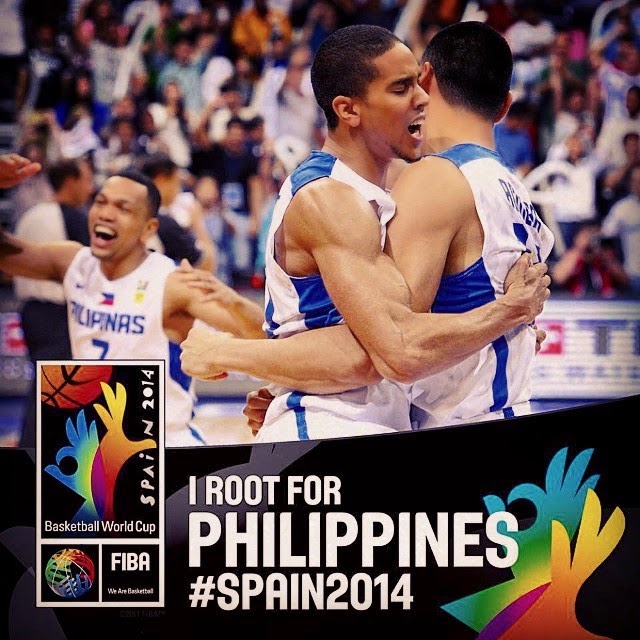