It was a sad Sunday that I woke up to over the weekend.  I learned via Twitter that Fast and Furious star Paul Walker died in a car crash in California.  That made me roll out of the bed at once.

I woke up on December 1 (PH time) to send a tweet birthday greeting to an officemate when I read in my feeds the sad news. At first, we thought it was a hoax but when we turned on the TV and saw the breaking news on CNN and BBC, we knew it’s the real thing.

Paul Walker’s dead.  And that got to me.  I was so affected (and not because I’m hormonal…maybe a part, but it’s more than that).

You see, I like (as in really like) the Fast and Furious franchise.  I like the idea that their first was really not a big budget movie but they got a following and the next in the series were all blockbusters.

In fact, we even used FF4 as a table name in our wedding reception. 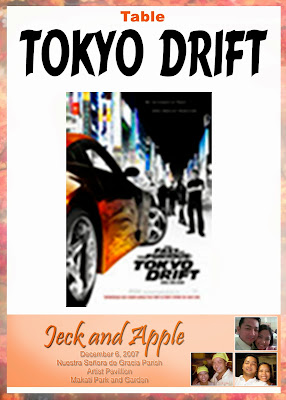 That’s why it hit me hard (feeling close lang?) but it was one of those times when you really feel the loss. I know that FF7 (which is to be released next year) will not be the same as the first 6 anymore.  The original cast will be missing one. 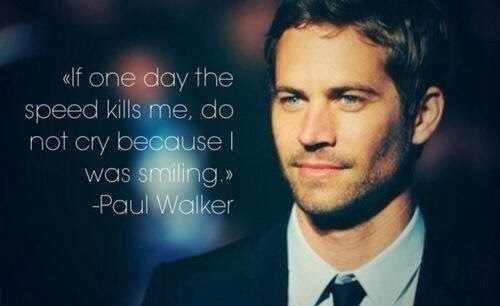