I had the biggest scare of my life last week when my ‘lil one had an accident during her field trip.  We were at our first site (not even 30 minutes in the area yet), early in the morning when Lian while holding hands with her friend tripped and fell flat face down on the floor.

When I saw her lying down, I thought okay pa and it was just like the other times she fell where she’ll stand up and brush the incident off.  However, this time she had to be carried and continuous crying talaga.  And then I saw blood oozing out of her nose – as in mega panic attack na rin ako. Good thing, there was a parent doctor with us and she immediately pressed Lian’s nose.  But because the bleeding continued, we looked  for a clinic within the area but can’t find one so the tour coordinator assisted us in hailing a cab to go to the nearest hospital.

We rushed to East Avenue Medical Center and she had to undergo xray to check for broken nose etc.  By that time, the bleeding and her crying already stopped, so medyo nakalma na ko.  And when she was waving her hand while she’s on the xray table, nawala na kaba ko kasi kikay na ulit sya.  True enough, after about 3 hours in the hospital, her results were negative – no fracture.  Thank God!

Because okay na sya, we caught up with her classmates during lunch and joined the trip again for the remainder of the itinerary.  As if nothing happened!  The only proof that she had an accident in the morning is her chapped lips. 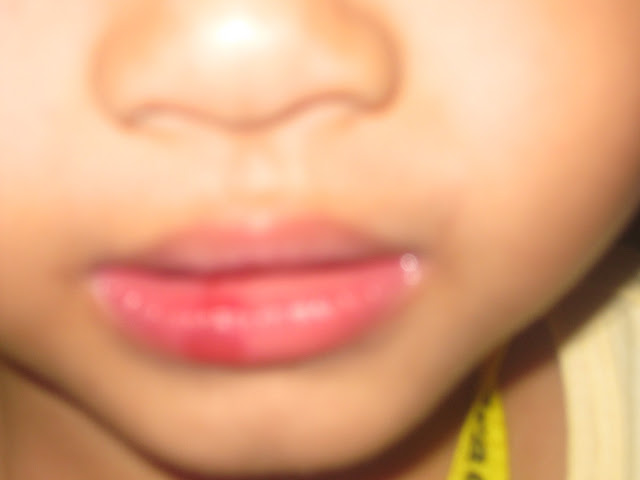 Oh well, kahit anong sabi mo talaga na “be careful”, accidents happen.  I’m just thankful that what happened was nothing (too) serious.  It was a learning experience for both Lian and us. Since we noticed that she gets into these things quite often, we’ll have her eyes and ears checked.  Baka may problem sa sight or sa balance.  For me naman, I know that I want her to be independent and maybe sometimes I’m already being complacent (like dapat hold ko hand nya that time) so now, I’m more conscious as well.

I really, really hope and pray though that this thing won’t happen again.