December was really a month of parties!  Honestly, I used to like going out, drinking and staying out late with friends and officemates.  But blame it on growing old and growing up, I now find the idea stale.  Don’t get me wrong though because I still enjoy the company of people I go out with, but I’m a lot tamer and “manang” now.  With that, I mean I limit myself to just a few parties (mostly due to work pa), and not every night gimmick unlike before.

Last year, 2 parties that stood out are my company party and “the” department party.  🙂

The company party’s theme was Foxy Red and Minty Green.  To make it more fun, the division (because of an idea Kat and I thought about on our way home one night) came in red and green versions of grocery items.  It was sparked by a costume worn by someone (she came in as Baygon with her son as the mosquito) from our ad agency last Halloween.

Here are some photos from that “pantry-like” night – 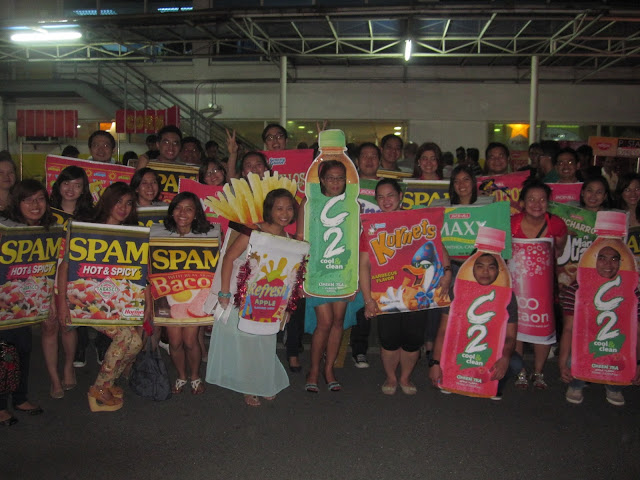 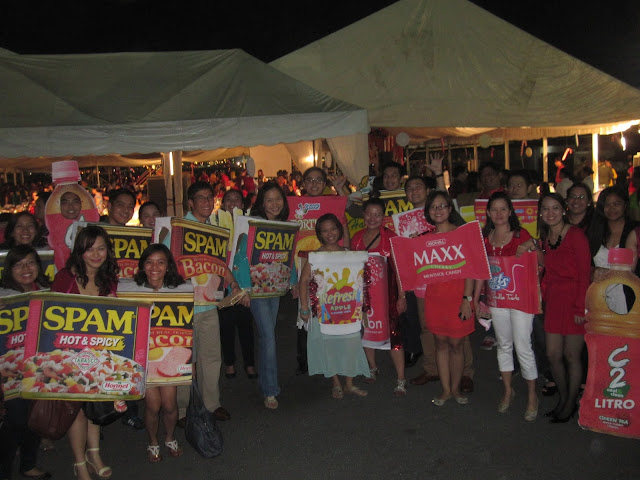 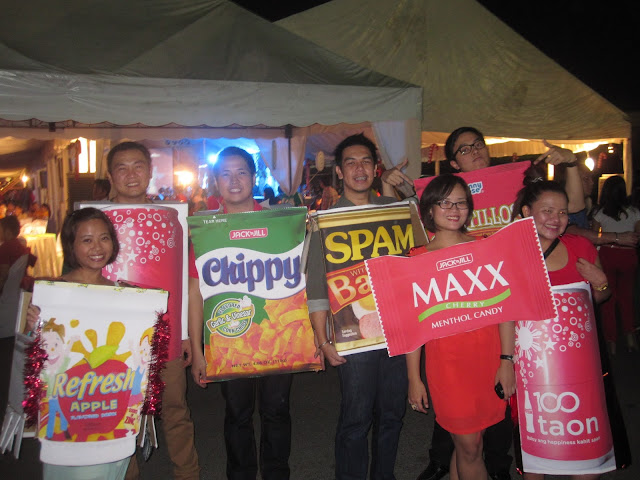 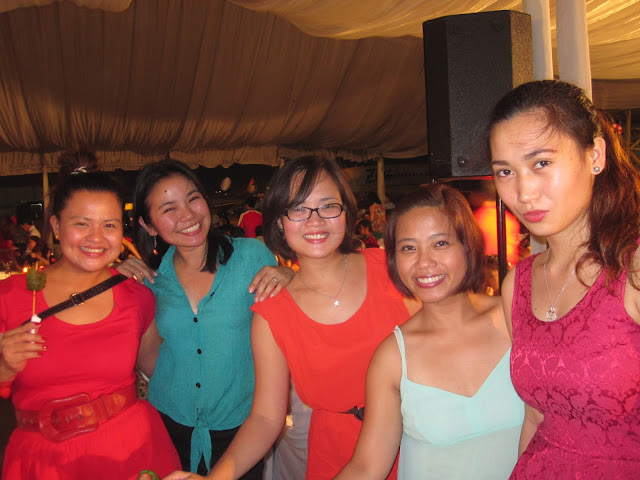 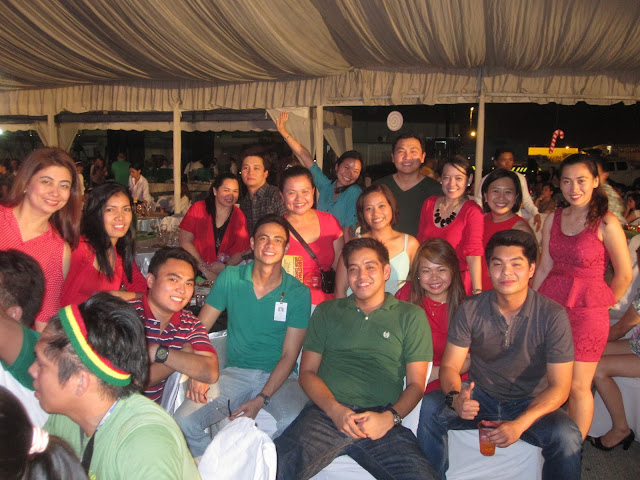 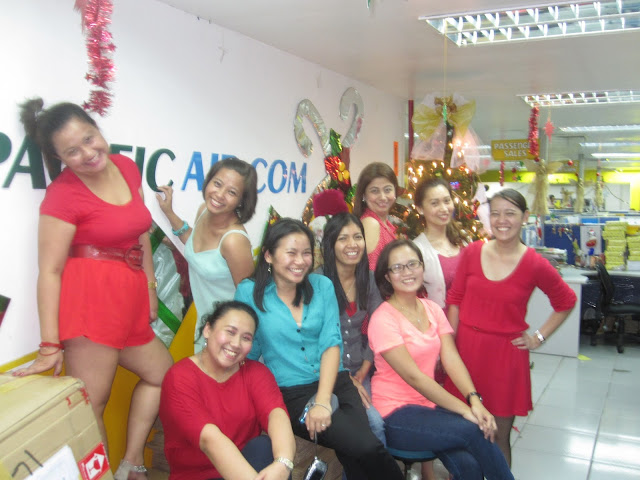 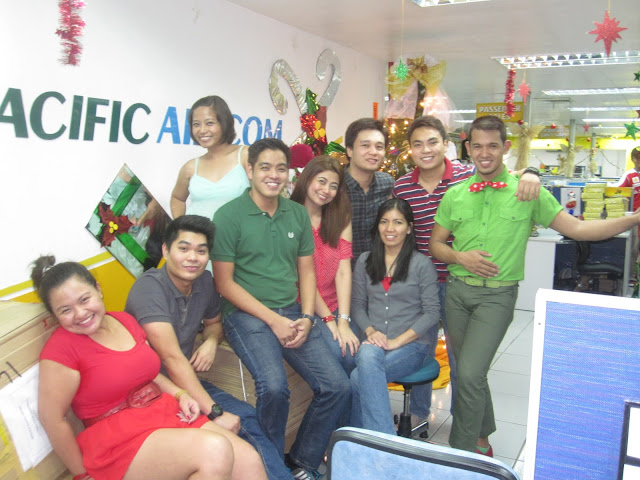 Then came the most-anticipated party – the Marketing party! It was the first time we had an inter-group competition.  Product-Loyalty-Corp Comm joined forces to re-launch Spice Girls! The number started with MP and Jem singing  2 Become 1 and Viva Forever then the rest of the group danced to the fast songs – Wannabe, Stop, Spice Up Your Life.  The dance portion was actually nothing out of the ordinary, but what made it spectacular are the costumes (and wigs) and because the 2 males in the team agreed to go drag! 🙂

When I won a necklace in the raffle – awarded by the most good-looking, humble, charming male cabin crew of 5J – Jay!!! (di ba obvs na kasama ko sa fans club?) 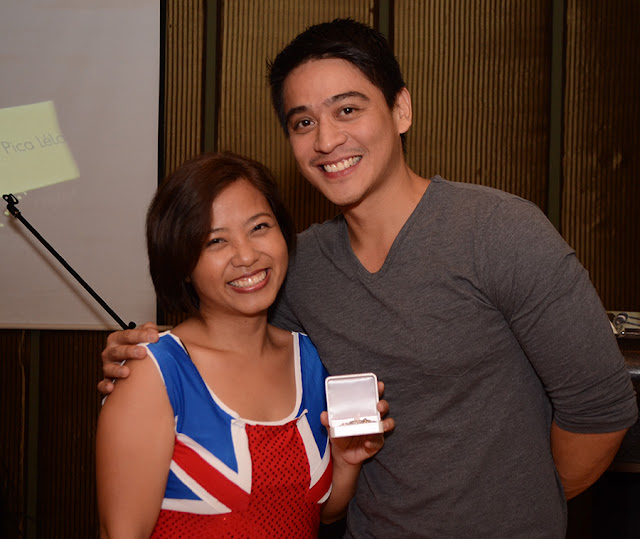 With my office BFF – Bless 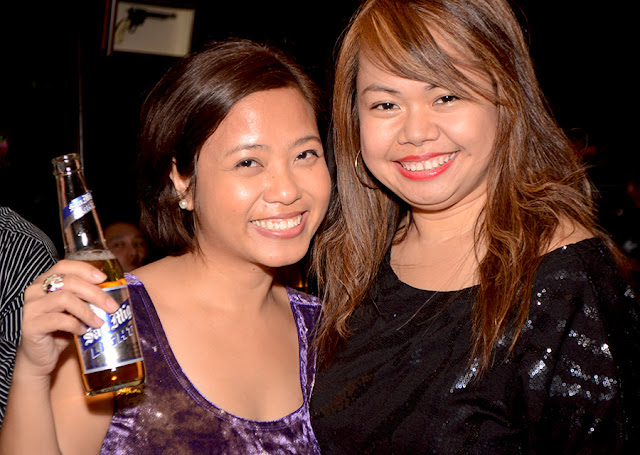 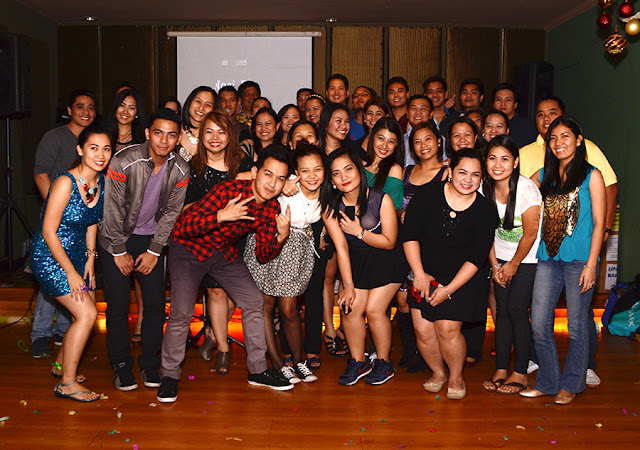 I told you, I work with highly-intellectual individuals who know how to have fun! 🙂