August is National Historical Month as so many things in Philippine history are celebrated/ commemorated particularly on its 21st day.  In 1971, there was the Plaza Miranda bombing.  The Liberal Party was having their campaign rally when hand grenades were thrown killing 9 people and injuring many including prominent politicians.  Then in 1983, who would forget the assassination of Senator Ninoy Aquino which fueled the Filipinos to stage EDSA People Power 1 in 1986.

And then this year, we lost another leader – DILG Secretary Jesse Robredo.  The private plane he was in crashed Saturday afternoon and his body was recovered yes, you guessed it, in the morning of August 21 (again).  He was a simple, honest man from the accounts posted by his family, friends and constituents. Pity that I haven’t had the chance to get to know him and his works early on as he stayed under the radar and avoided the spotlight.  Truly a public servant – RIP Sec. Jesse!

On a lighter note, the fam didn’t pass up the chance to visit a historical site over the long weekend.  We went to Jose Rizal (our national hero) Shrine in Calamba, Laguna. 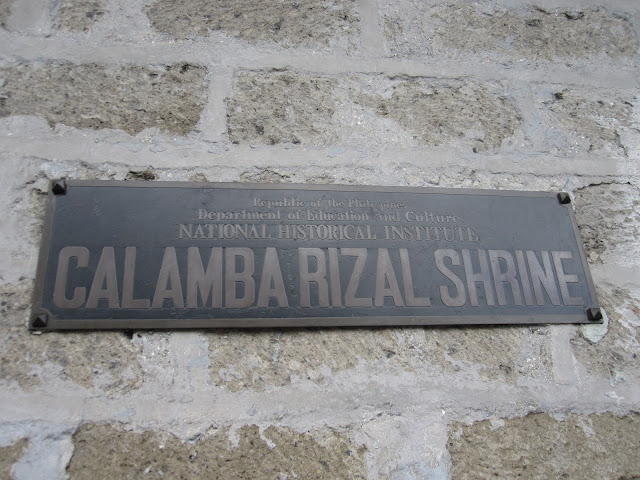 It was heartwarming to see that a number of Pinoys troop to Rizal’s place and brush up on history.  I’ll do a photoblog –

*Sorry naman, can’t remember na which is which – will validate, promise!

Where is Rizal Shrine? 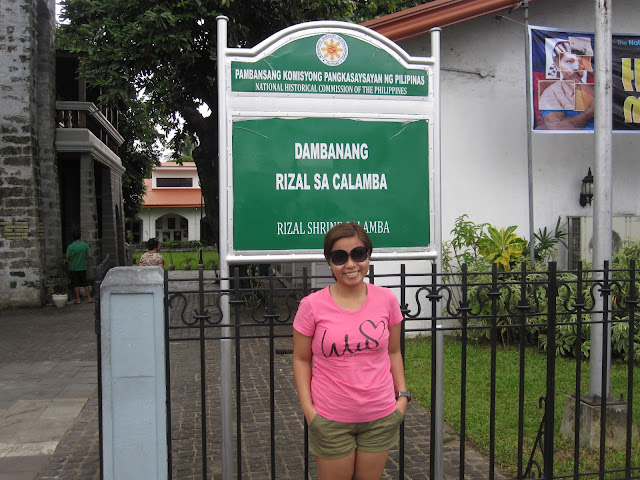 There’s also the tallest Jose Rizal Statue in the world situated right in front of the Calamba City Hall.  The statue is symbolic in the sense that it stands 22 feet tall (surpassing the statue in Nueva Vizcaya which stands at 18.6 feet) representing the 22 languages and dialects he spoke; and has 15 steps representing the 15 decades of Rizal (it was inaugurated in 2011, his 150th year). 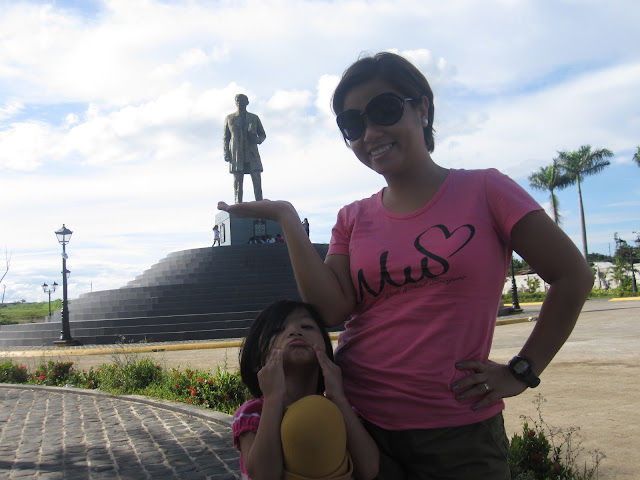 What did the visit mean to me?
Aside from us sharing the same birthday – June 19, it made me realize that heroes of old and new share one thing in common – they all have selfless love.  They all sacrificed their personal time for the betterment of the country.  Rizal penned novels and inspired the Katipuneros to revolt, Aquino wrote speeches and rallied everyone to fight for democracy and Robredo pushed for local government reform programs.  These were big things, yes but it doesn’t always have to be big things.  Little acts of kindness and selflessness make you a hero also in someone else’s eyes.  Just start from the very basic – pick up your trash, help someone cross the street, donate to church etc.  All these are small, simple things but done collectively would become a BIG THING.

Be a HERO now to someone!